This is a guest post written by Anand Thaker, an advisor, entrepreneur, connector and fellow futurist in the Martech ecosystem. In the spirit of illustrating how marketing technology is thriving beyond just the Bay Area and New York, Anand gives a glimpse of the thriving martech ecosystem in Atlanta.

Several years ago, after leaving Atlanta for some time, my wife and I were deciding on our next move. The company I worked for was acquired and her post-doc fellowship was complete. We looked at various metro areas that were headquartered or included a ripe environment for marketing or sales technology companies. We ultimately decided to end up back in Atlanta.

A number of marketing, sales and analytics technology companies were making Atlanta and metro area their home. Also, we learned of a budding startup community capturing the attention of large investors.

Atlanta is considered by many to be the Southeast’s Silicon Valley. This is evident when looking at the number of tech startups emerging. Atlanta is a growing and fertile environment for marketing and tech companies of any size. The city has begun to expand the variety of in-town work, play, and live opportunities, with communities such as the BeltLine, Old Fourth Ward, Midtown, Inman Park, and Cabbagetown. Not to mention the availability of choice of suburbs to call home.

The Atlanta Technology Village (ATV) in Buckhead, Advanced Technology Development Center (ATDC) at Georgia Tech, TechSquare Labs, Switchyards, CollabTech Business Incubator are a few of the centers which exist to support start-ups operating in marketing and technology. Also, new “spaces to create” are beginning to arise, such as the expansion of the Savannah College Art & Design (SCAD).

According to AngelList, Atlanta has nearly 1000 startups, with an average valuation of $3.2M by thousands of interested investors worldwide. Of these companies, the investments into the space are reaching close to $200 million.

Enterprise companies such as Salesforce have seen the importance of acquiring martech companies in Atlanta, namely Pardot via ExactTarget, as well as deploying and attracting talent in the area. Vitrue was acquired by Oracle. Silverpop was acquired by IBM. Marketo and Twitter have also recognized Atlanta as an opportunity to flourish and expand.

Large public companies are either headquartered or moving significant operations to Atlanta. Home to not only some of the top fortune 500 brands such as Home Depot, UPS, Coca-Cola, Delta, First Data, Southern Company, SunTrust, Porsche, Mercedes and Newell Rubbermaid, Atlanta also has numerous enterprise B2B businesses.

Atlanta has the highest per capita number of creative digital workers in the country, partly due to Georgia Tech and the Savannah College of Art and Design. The metro Atlanta area has already established itself with a breadth of enterprise software talent in place from diverse industries. 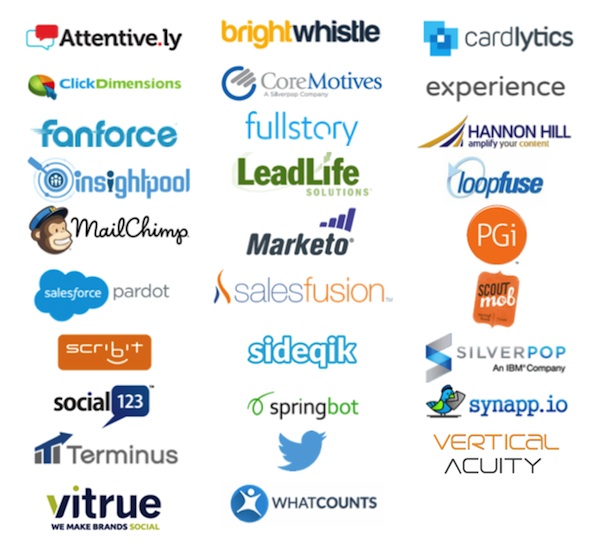 Here are other companies supporting or complimenting the marketing tech ecosystem:

Of course, this list doesn’t include the ecosystem of large and mid-size creative and digital marketing agencies, consultancies and support organizations leveraging marketing technology who are early adopters in Atlanta to be the perfect center to achieve rapid and sustainable success.

Atlanta is a leading hub for marketing technology. This, coupled with the city’s affordability and numerous lifestyle options, makes me believe we’ve made the right decision in choosing Atlanta as our home.

If we’ve missed any other marketing tech companies in or around the Atlanta area please feel free to share below.

30 thoughts on “Have a Coke and a… marketing tech company? Why, yes”